I’ve neglected this little blog over the past year or so. The good news, though, is that there are now a LOT of tracks on Race Optimal. 61 tracks with 141 configurations, as of writing. Circuits that have been digitized, racing lines optimized and simulations of vehicles traversing that racing line as fast as possible created. I’ve also improved the video format, and even more importantly, re-tuned the physics simulation to correct two major issues: 1) the throttle/brake transitions are too jerky, and 2) the throttle/brake transitions are too jerky dammit!

Implementation of some new processes in the physics simulation helped correct the transition abruptness. First, it is now enforced that at no point does the rate of input transition exceed that allowable. I had previously attempted to limit it, but under some circumstances the limit was still being exceeded. Starting with a line, then calculating the inputs needs to drive that line as quickly as possible, while enforcing limitations on rates of change of those limits, is hard!

Second, I made the input transition limit a function of g-loading, such that at high cornering forces, the maximum rate of throttle/brake transition is significantly reduced. The goal of all this is to create inputs that are more realistic, and less likely to send your car spinning into the sand at 100 mph. There is a slight increase in lap times as a consequence of these new restrictions, as one would expect.

Check out old and busted (top) versus new hotness (bottom): 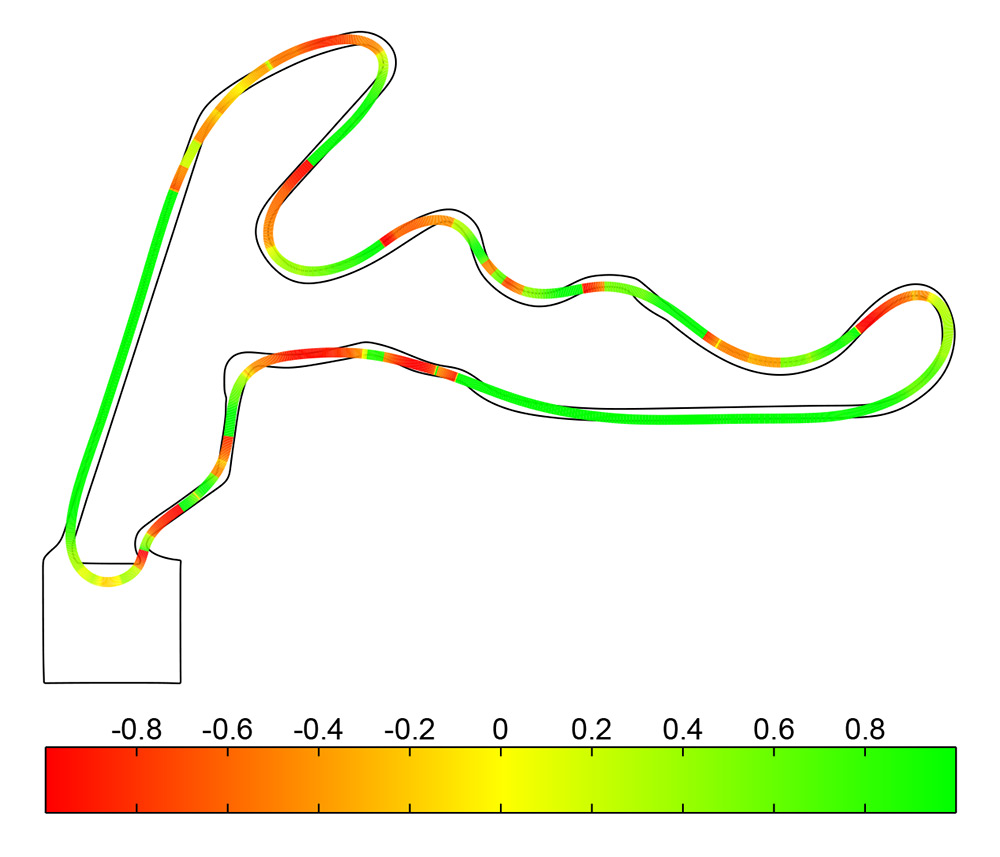 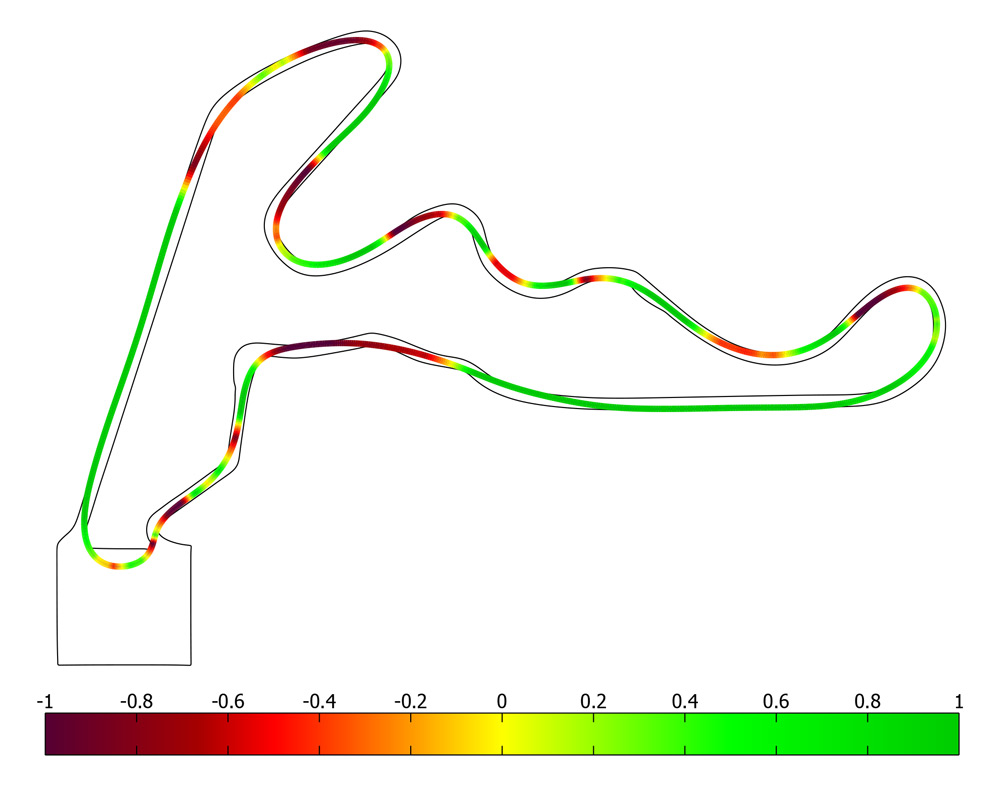 In the bottom image there is no longer any red and green butting up against each other. There is always a smooth transition through yellow (the color scheme is also improved, with a darker red indicating maximum brakes, and a richer green for max throttle).

The added upshot of all this work, and the subject of this post, is that the physics simulation and video output are now of a quality that I feel comfortable offering to individuals as a service. That’s right my friend…I want to run a custom optimization, racing line production, and video simulation, all for you. But not only one optimization, no, that’s too simple. We’ll run a series of three optimizations to transition from your current level to the maximum potential we calculate for your ride.

The four vehicles shown on all Race Optimal track pages are a decent sampling of the track-going spectrum, but they admittedly leave huge gaps. Unfortunately it’s not feasible to run every possible vehicle at every track. So when it comes to a custom simulation, we look at what kind of tires you’re running + suspension upgrades, horsepower level, downforce, and more. We can even analyze your actual GPS/telemtry data to fine tune parameters for your vehicle.

Here’s an example of a custom optimization for a Honda S2000 at Circuit of the Americas, running sticky street tires. The lap time is about 3 seconds slower than for the Miata as shown at www.raceoptimal.com/COTA due to running street tires instead of slicks. This example also showcases the smoothness of the improved physics. If you think this is the kind of thing you’d be interested in, drop me a message!